You're getting ready to tear down an old home or at least give it a full face lift, and the idea of paying to haul away hundreds of pounds of bricks might not sit well with you. If you can't use them yourself, you may be able to sell them if they're in good condition and were manufactured before the 1970s. It's easy to give away common modern red bricks for free, but only older bricks with at least one of the following features will command a price that makes it worthwhile to sell them.

Common red brick can be valuable if it's very old or features an unusual design, but even basic builder's brick is valuable when it features an unusual color. From light pinks to warm creams, vintage bricks relied on mineral content and careful firing to emerge whole and intact with the desired color and shade. This makes them far more valuable than colored bricks made in the last few decades, which are direct dyed with pigments mixed into the clay rather than minerals that actually undergo a chemical transformation in the kiln to create the color desired.

Even just the name and location of the brick manufacturer stamped into the surface can raise the collectible value of an old brick by quite a bit. If you want a high value per brick and only have a limited amount to sell, embossed and colored bricks offer the highest value because they're decorative enough to use for a small project like a walkway. Unlike less decorative bricks primarily used for structural building, these special bricks may also still retain some value after breaking apart into smaller pieces, as long as the embossing or stamping is still visible.

Most buyers are looking for primarily intact brick so they can build a structure or at least use the material as a facade on an existing home. This means that your bricks need to be stable and sturdy enough to handle the stresses of mortar removal, which relies on either the old-fashioned chisel and hammer or a diamond-coated circular saw blade. If the bricks crumble and crack as the mortar is removed, they're not sturdy enough to reuse for a building project either and should only be sold for landscaping and other low-stress purposes.

Aside from the material going into the clay brick that gives it a unique color and texture, the exact way a brick is fired in a kiln also affects its value. The more rare the firing method, the more a buyer will pay for your brick. Determining the potential firing method used for old brick is a professional task, but there are plenty of home inspectors who specialize in identifying old building materials without destroying them in the process. Paying a small fee to have your old bricks traced to a specific time and place of manufacturing makes them much more valuable to a buyer interested in collectible building materials.

Finally, it's generally easier to sell your bricks and get a good value for them when you have a large quantity on hand. When you have just 50 to 100 bricks that are intact, that's barely enough to do a very short garden path. Most buyers looking for bricks to build with, even for small projects, need thousands at a time instead. Not every brick in your home will be able to be salvaged either. Professional salvage companies usually plan to salvage 50% of an building's brick at most. For even a small home, that can still translate into tens of thousands of bricks when you're dealing with solid brick construction. 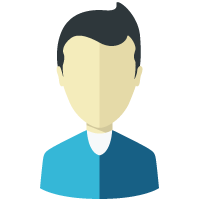 4 Important Types Of Aircraft Inspections New Owners Need To Be Aware Of
19 July 2022
Individuals who plan to buy air jets need to know the importance of routine air inspections. There are different types of inspections, and some might …

Top Reasons Why Metal Stamping Is Commonly Used In The Medical Industry
1 June 2022
Metal stamping is used to make parts and components that are used in many different industries and for many different purposes. You might be able to i …

Steel Service Bodies For Trucks: 3 Reasons To Choose Custom Fabrication
15 March 2022
A well-made service body can turn a basic truck into an endlessly versatile commercial vehicle. Vehicles fitted with service bodies are used by a huge …